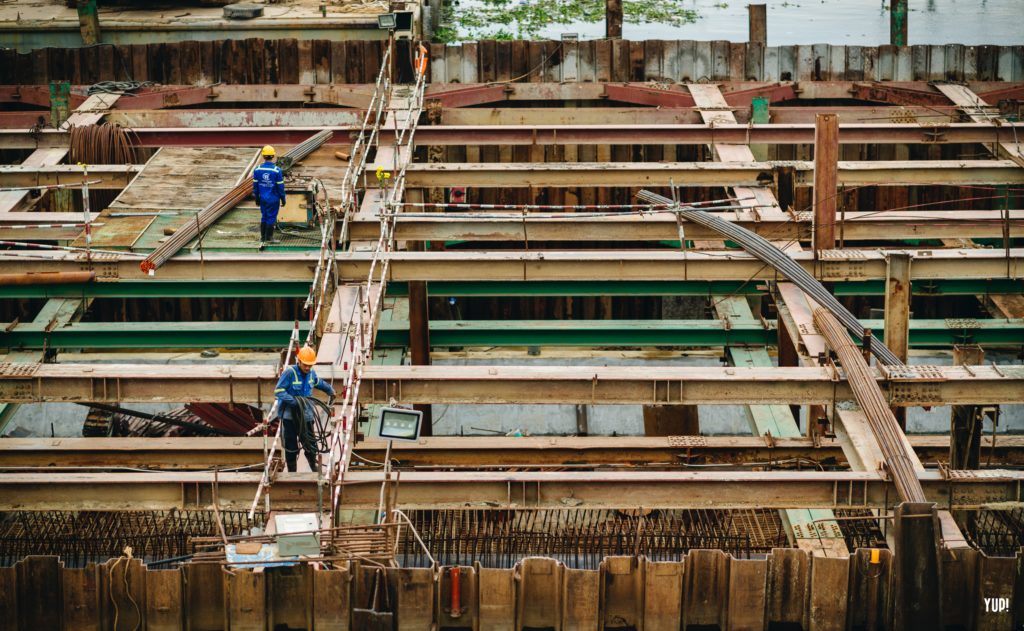 Foreign workers are flooding into Australia to take thousands of jobs construction bosses can’t get locals to fill.  New figures reveal the number of Australians taking up trades has declined over the past six years, while more temporary skilled worker visas are being handed out than ever before.

Visas granted for mechanics, chefs, welders, carpenters and electricians rose from  7,200 to 9,200 nationally from 2018 to 2019.  In Queensland, that figure rose from 880 to nearly 1,200 in the same time period.  The statistics come after the government revamped foreign worker visas and vowed to give Australians first pick of all available jobs.

Opposition immigration spokeswoman Kristina Keneally asked why the Coalition were letting the number of people on foreign worker visas grow – particularly in Queensland.

‘It’s clear the Morrison Government’s changes to the 457 visa system two years ago were an attempt to cover up their failure to train Queensland workers for Queensland jobs,’ she said.

‘Scott Morrison’s cuts to TAFE mean Queenslanders aren’t being trained in these critical trades,’ she said.

Other members of the Labor party said the Coalition Government ‘failed to train Queenslanders’.

But acting Immigration Minister Alan Tudge maintained bosses only hire foreign workers when they can’t find locals to do the job.

‘We don’t want to hold up major projects in Australia because of lack of qualified people,’ he said.

The number of foreign tradies being accepted into the country was much higher than other jobs including managers, community workers, administration and sales.